Somehow I ended up with several fat quarters in rather bland solid colors, probably part of some fat quarter packs that I ordered. I picked out the pinks, ranging from a soft mauve to a rather dull coral, and used them with a bright white-on-white print to make nine-patches. I finished with a set of sixteen 9" nine-patch blocks. These sat around for a while, waiting for inspiration to strike. Then I started playing with the various "disappearing" patches; disappearing four-patch, disappearing nine-patch and disappearing pinwheel. This seemed like a good opportunity to do something interesting with these otherwise unprepposessing nine-patch blocks. 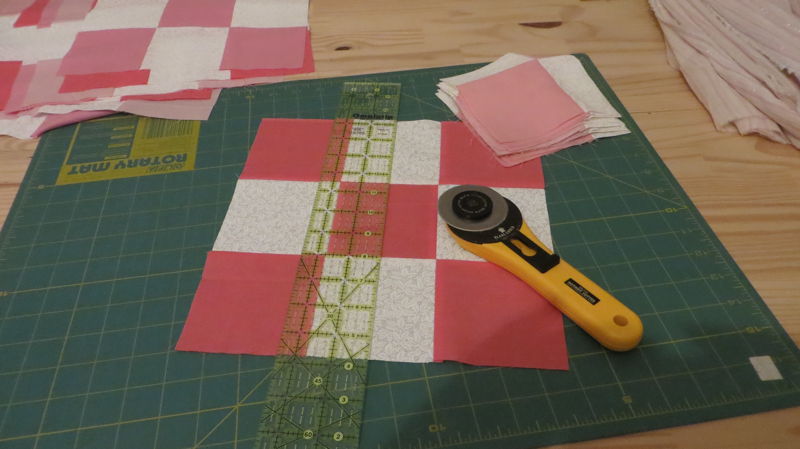 The concept is pretty simple, just slice the nine-patches in half from top to bottom and from side to side, resulting in four smaller blocks that can then be arranged in a number of different ways. 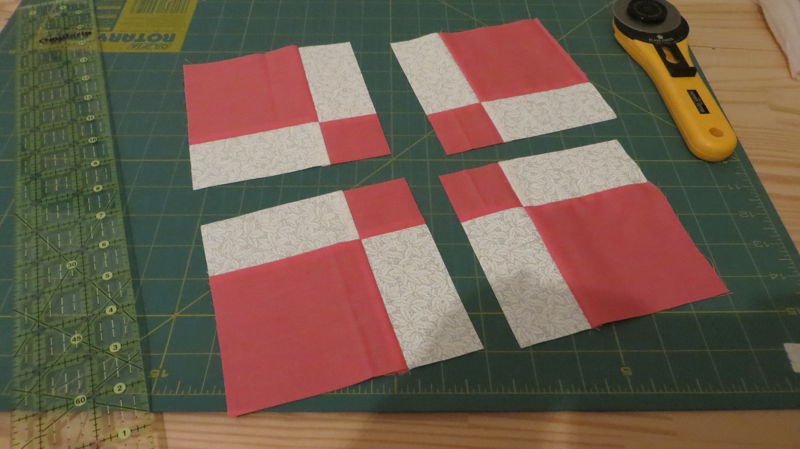 I oritinally intended with this quilt to just lay them out so that no seams align, in a random color order. I wasn't even going to get excited if I happen to have two of the same color adjacent to each other.

As usual, the quilt gave a good impression of having a mind of its own. So far, the layout is looking like this... 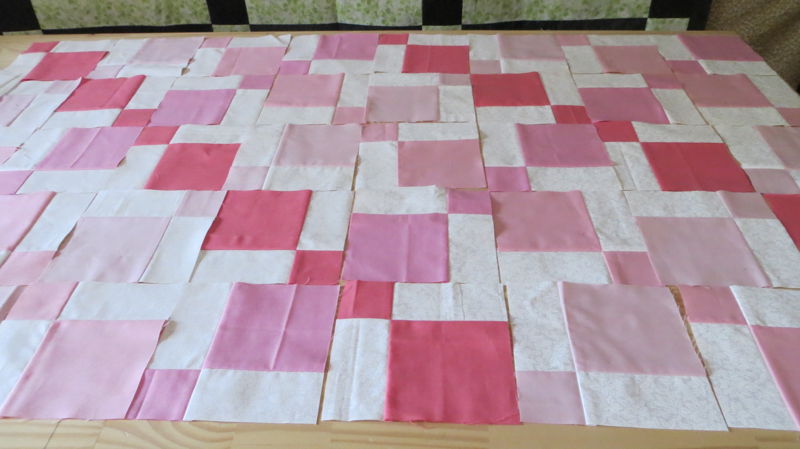 The top is pretty, in a kind of bland way, so I felt it needed something a bit brighter for the border. I was thinking of a complex pieced border, but it would have overwhelmed the rest of the quilt. Then I found a piece of yardage in my stash that was perfect, colorful but in a light, pastel way that would just dress it up without distracting.

So, here's the finished top, with a narrow white inner border and the multi-colored print outer border. 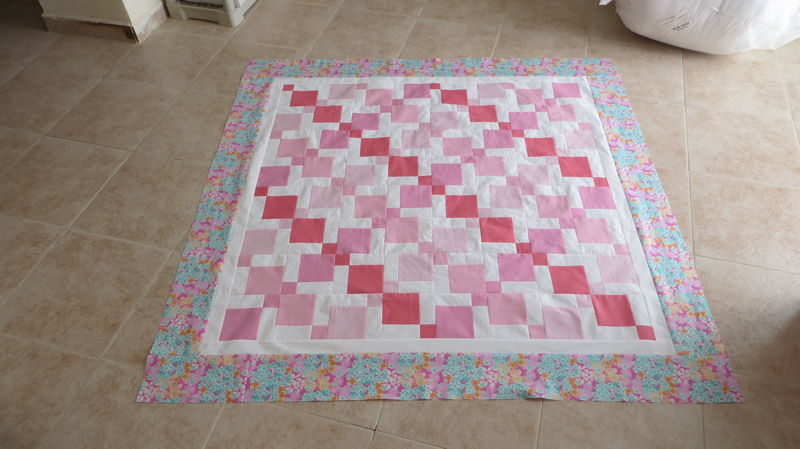 I used an all-over meander stencil that I have. Every few loops of the meander is morphed into a gentle rose outline, and it very nicely softens the angular blocky design. I echoed the pattern of large/small blocks in the border. I used a darker blue print for binding, since children's quilts tend to get a little grubby after a while, and a light binding will never get quite clean-looking again. It's in the mail, on its way to a little girl in Manchester, England. 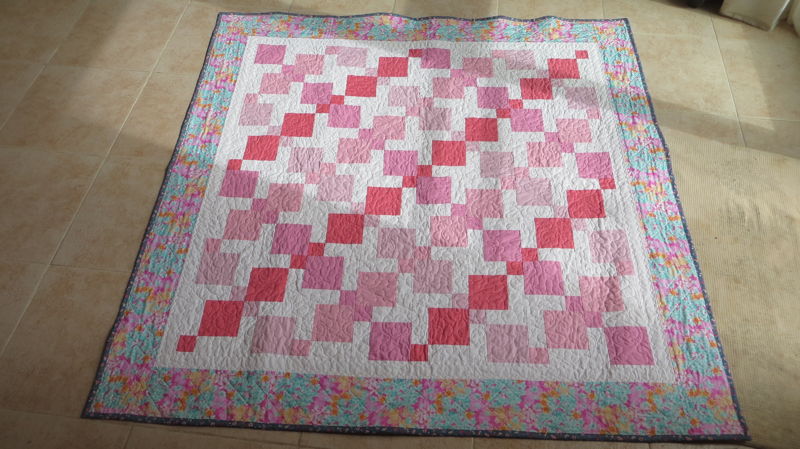 Here's a closup of the border, with the small and large diamond shapes. 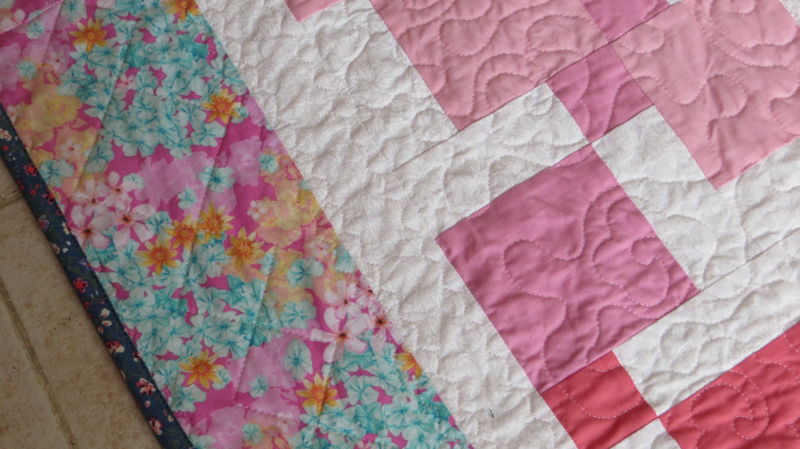