Working with a large global community of mostly young developers means babies. Lots of babies. Once I got back into quilting, I realized that I needed ideas for fast and easy quilts to get in the mail quickly. Here's some of them.

Striped fabrics make nice quick quilts if you can stitch along the stripe to make it appear to be pieced. 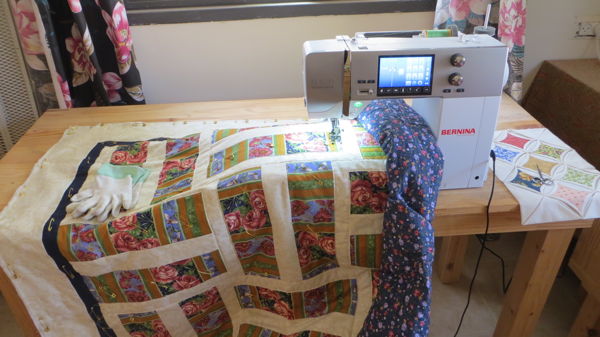 This one, shipped off to Australia, is a simple nine-patch with a matching pieced border, made from coordinating fabrics. The only tricky part to this one is that the fabrics had a print of tiny pyramids, and I decided to make sure they all pointed in the same direction. This resulted in an interesting rainbow effect for the main purple-background print. While interesting to make, it didn't turn out too well; there isn't enough contrast between the prints to make the border as nice as I could have liked. It came out kind of dull. A bit of bright green in the inner border as well as bright green thread for the quilting helps brighten it a bit. 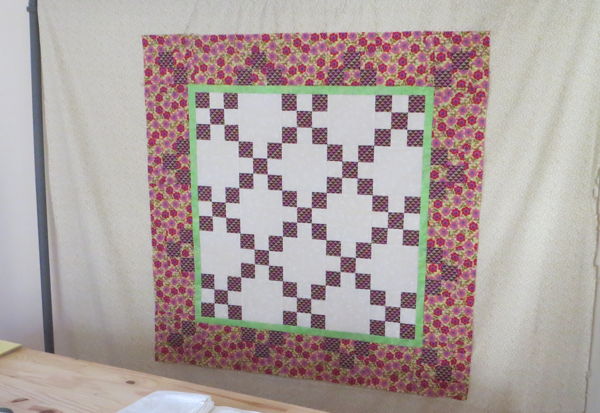 Oddly enough this one, a local baby gift, was done in a pale yellow polka-dot print, but in the wash the bright red backing turned it into a very nice peach color. The yellow was really a bit too pale for my liking anyway. It's such an easy pattern, nine-patches and snowball blocks, that I made this one in a single day. 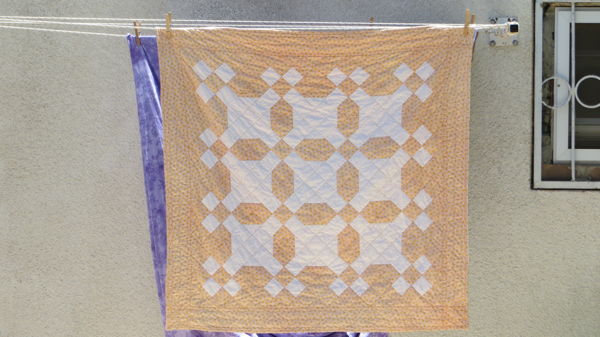 A quick simple technique for creating a huge variety of designs. Start with a simple nine-patch, in this case using 6-1/2" squares. Cut the nine-patch blocks in quarters, vertically and horizontally, and rearrange the resulting blocks, in this case with sashing. Bound with the red star fabric, it makes a bright, if small, Yankee Doodle Sweetheart baby quilt. 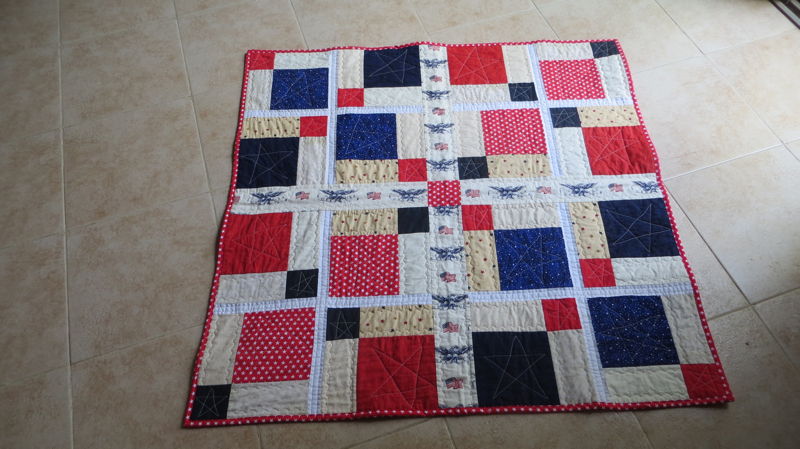 Another nine-patch and snowball blocks quilt, a little bigger. 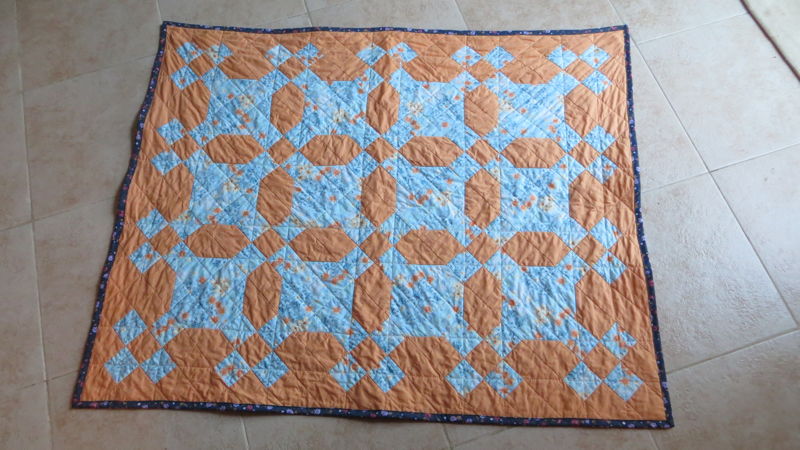 Another variation on snowballed blocks of different shapes. 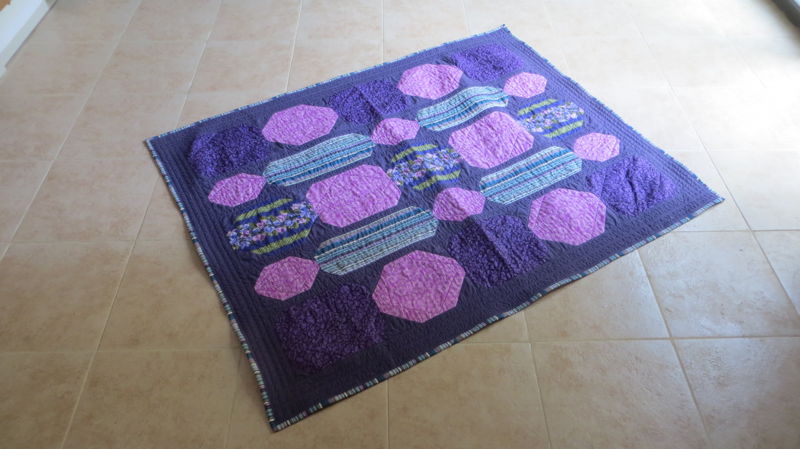 From a pattern called Rhapsody in Blue, made with scraps. This one was quilted using some of the embroidery stitches on my Bernina. 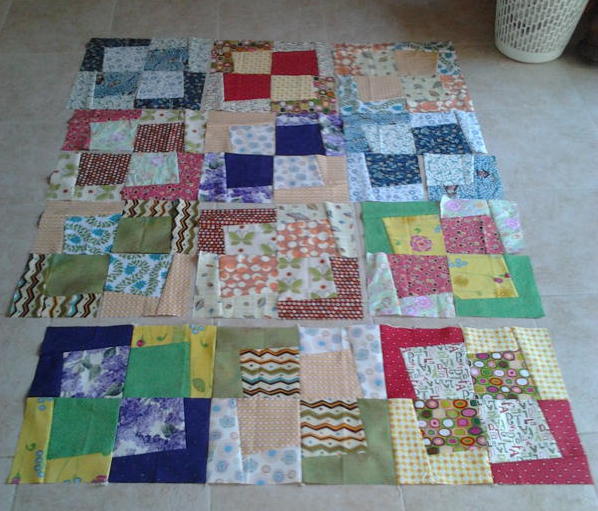 An experiment with a ruffled border. I lost the pictures of that, but I did manage to find this one of the end results. 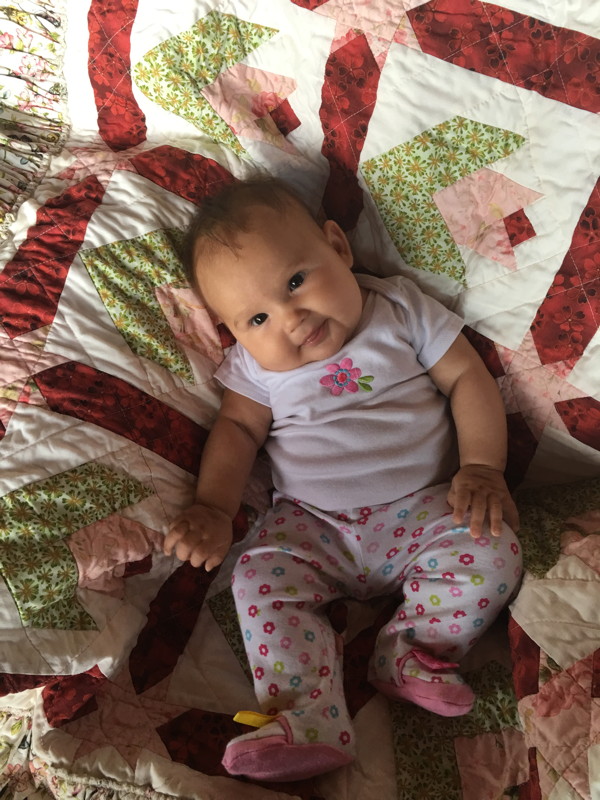