Some time ago I bought two packs of fat quarters from Christa Quilts - I don't remember the bundle name exactly, something about Caravan, I believe - and this simple HST star block seemed a good thing to do with them. I originally planned to lay them out as squares, or maybe on-point with the sashing, but that was just boring. 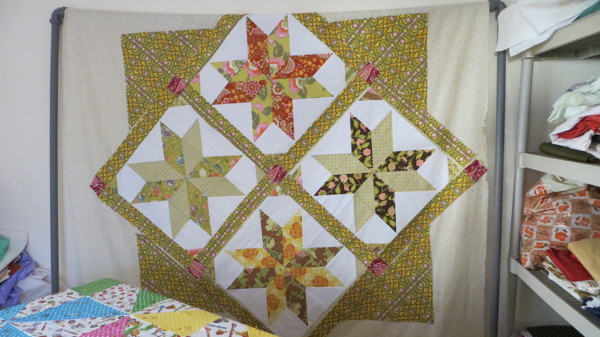 I'm still deciding just what to do with those setting triangles. A sawtooth edging using leftover HST squares would be nice, I think, with a bit of contrast strip to set them off. Ah, the joy of finally having a quilt wall! 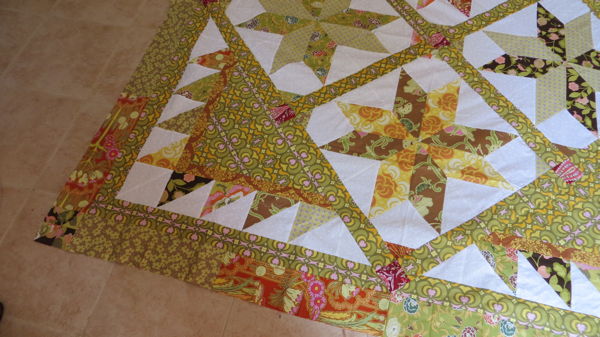 And a simple block pieced border to tie it all up. Since I'd already cut the triangles for an on-point layout for the blocks, I wasn't able to measure and position these corner triangles properly with the fabric I had. And it would have been nice to have the sashing and border strips cut so that the design aligned better. I think it still looks pretty nice though. 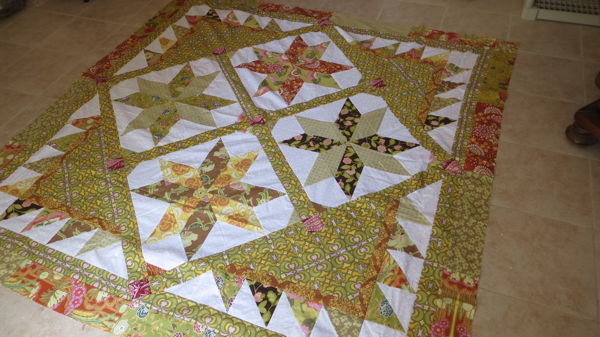 Here it is all pinned and ready for quilting. 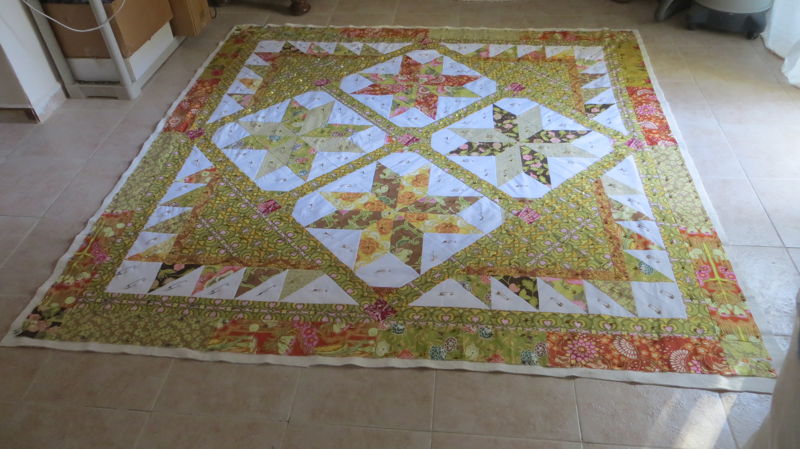 I did a lot of fancy quilting on this, it just seemed like those big patches needed it. Here's what it looks like on the back. 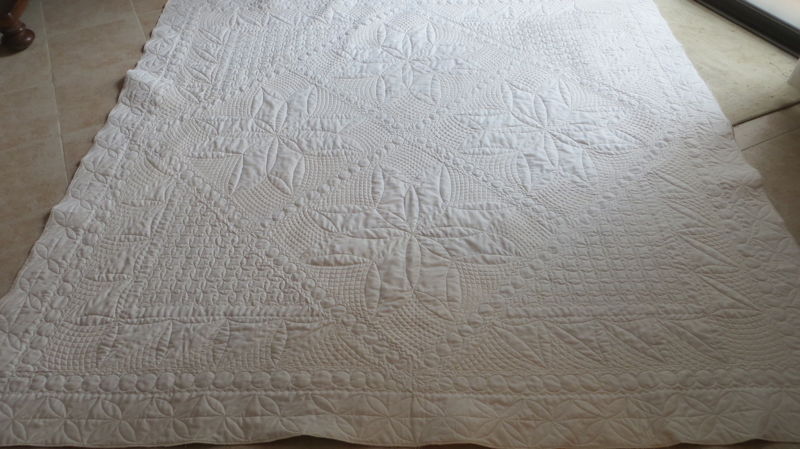 Finished and ready to go to a friend in Florida. 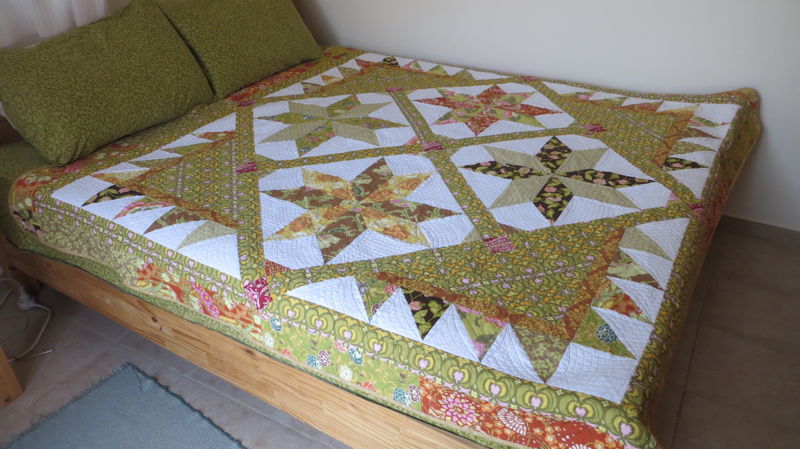